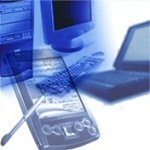 How Fast Is The NBN?

I was asked to do a short interview on ABC Ballarat (local radio) yesterday to comment on the website How Fast Is The NBN. The spot was only about 5 minutes so it was quite a short discussion and I thought I might expand on that just a little.

The How Fast Is The NBN website is an accurate simulation of the difference in speed between 25Mbps and 1000Mbps. It’s worth mentioning though that it is a ‘perfect world’ simulation which assumes unlimited bandwidth in the general network infrastructure. Right now we simply don’t have the national infrastructure to support such high speed connections.

That raises the question of why we would spend all this money on something we can’t fully utilise.

The reality is that technology has been a fast moving beast for the past 30 years or so and it doesn’t show any signs of slowing down. So to create a national broadband network that for the most part only leverages the technology that is already available today is, at the very least, incredibly short sighted.

The suggestion that ’25 megs is going to be more than enough for the average household’ is right up there with Bill Gates suggestion in the 80’s that ‘630k RAM ought to be enough for anyone’. Obviously Bill didn’t foresee that in 30 years time the average computer would need 6,350 times that amount of RAM (4GB)!

As I mentioned yesterday, the two most basic issues I see with fibre to the node are that some nodes will have 20 houses attached and some may have 200 houses attached. Unless there is some sort of dynamic bandwidth wizardry, people in larger neighbourhoods may find that their speed is considerably lower than 25Mbps during peak times. Then there’s the copper wire. The further you get from the node, the slower it is going to be. Copper is also susceptible to degradation, moisture and line noise. Back in the dialup days we often had things like electric fences causing issues because they put a ‘tick’ sound through the wire.

The other problem of course is that, if we go with FTTN now, then in ten or twenty years time we’re going to be complaining about how crappy our broadband speeds are and the government of the day is going to have to replace all of the old copper lines anyway.

As an ISP business, we made the decision back in the early 00’s to ditch the 50 or so copper lines we had and replace them with a single fibre cable. We had some lines that would have issues from time to time due to things like moisture, so fibre made a lot of sense as it completely removed that variable. It also guaranteed our clients the top dialup speed if their own line was good – something we simply couldn’t do on copper. During those dialup years we had quite a few customers who had issues with their own copper lines for the same reasons – degradation and moisture.

You can read more about why fibre to the node (FTTN) is a bad thing HERE.