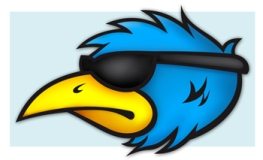 I know that sounds just a little bit melodramatic, but like most things online, Twitter isn’t immune to misuse and exploitation. Before I begin, I should say that this is just an opinion and you may not agree. I don’t ever suggest that I’m always right and my somewhat conservative sales style has probably cost me a lot of money over the years.

Anyway, enough of the pre-amble. I bet you are wondering what this ‘dark side’ is that I speak of! Twitter has some really good uses and the main concept when Twitter was created was to allow us all to very easily and briefly communicate with people we knew and/or people who were interested in hearing what we had to say. Great concept! However, it didn’t take long for those in the ‘sell, sell, SELL!’ niche to create some software which would trawl through the Twitter profiles and follow thousands of people in the hope that they would follow back. The same thing happened with MySpace until they changed the rules and started banning people who were using that sort of software.

The clever people at Twitter caught on to what this software was doing and started putting some limits in place to prevent this type of auto following behaviour – or at least curb it a bit. If you’ve been around Twitter for a while you will remember the days when it was quite normal to get the ‘Twitter is over capacity’ message a few times each day. People who use automated software for the wrong reasons tend to be a little on the selfish side, so they wouldn’t have considered the cost of the Twitter bandwidth and resources they were squandering.

The main problem with following people for no real reason is that it is kind of pointless. It’s the Twitter equivalent of spam but it kind of works in reverse. Sam the snake oil salesman follows 5000 people and gets maybe 75% to follow him back. Then he starts tweeting every 15 minutes or auto-tweeting 20 or 30 tweets at a time and very few people read them or they simply unfollow him because they think he’s a bit of a tool for posting like that.

I guess the lesson in all of this is to be selective about who you follow. Use Twitter to broaden your network of friends and contacts and don’t get into the ‘I have more followers than you’ contest. I follow a fairly small number of people (around 40 so far) and it’s because I’m interested in what they have to say. They keep me informed or add value to me personally and my business.

I follow the local newspaper to be informed of local events. I follow people like Darren Rowse (@problogger), Rand Fishkin (@randfish) and Jay Baer (@jaybaer) because they are experts in their fields (blogging, SEO and social marketing respectively). I follow Darren Hardy (@DARRENHARDY) because he’s one of the smartest, most inspirational people on the planet. Most of those people don’t follow me back and that doesn’t bother me in the least. It’s not a competition – I follow them because I am part of their audience and they are people I constantly learn from.

Having said all of that you may think that I’m anti anything that is automated. I’m not – when it’s used for the right reasons. There is software out there that will auto follow people who follow you – nothing wrong with that. I don’t use it myself but if I did I would still check the profiles of people following me and then decide if I wanted to continue following them. Of particular use is software that sends a direct message to people who follow you. It’s a great way to introduce yourself!

Before I finish this post I should mention exactly what prompted me to write it today. This morning I received a notification that @wpsitehosting which is a UK based web host, was following me. Great I thought… another web host who is interested in WordPress, which may have some useful information to share. So I go to their Twitter profile and it says that they have 2,747 followers and they follow just 1 twitter account. That’s odd I thought – the notification which I’d only just minutes earlier said that they were following me. My guess is that they search for twitter accounts that are related to wordpress or hosting, follow them and then immediately unfollow.

In my opinion, that’s straight out of the ‘twitter dirty tricks’ handbook!